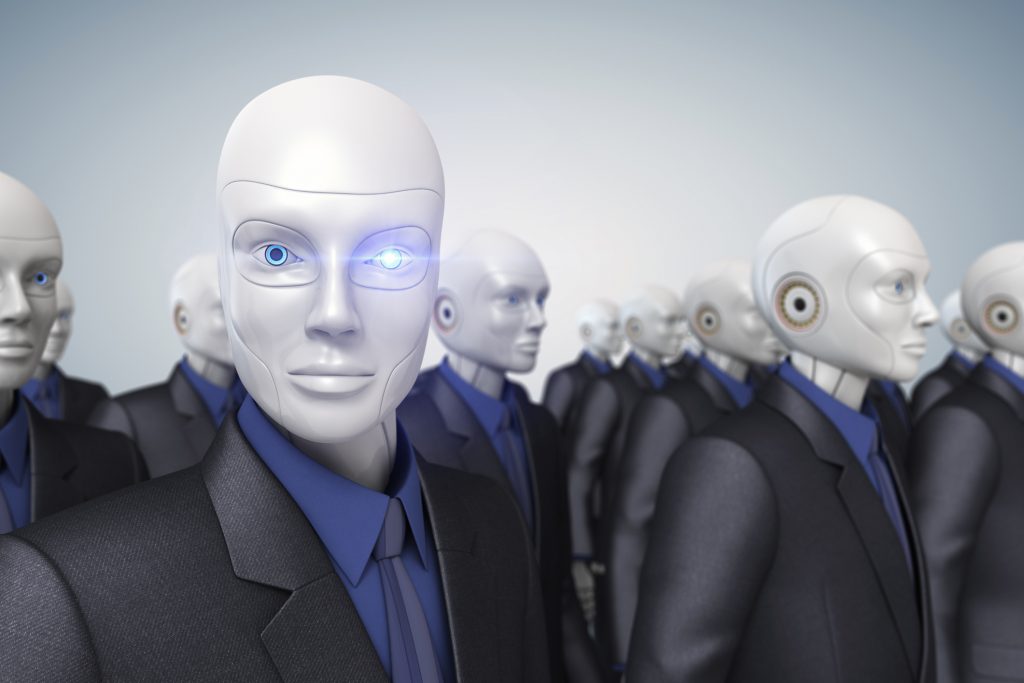 Researchers at Oxford University estimate that 47 percent of U.S. jobs could be automated within the next two decades. And a leading consulting firm estimates that while only 5 percent of occupations can be fully automated, 60 percent of jobs could soon be doing 30 percent more of the work, resulting in a net loss of 45 percent of the work in the United States.

With forecasts like these, it’s no wonder that job loss has become a major political issue and an intense concern for job seekers.

Don’t get caught by surprise. Here are ten occupations already being affected by job loss to robots:

Factory workers. Machines have been making inroads for decades. Eventually 90 percent of what welders, cutters, solderers and brazers do could be automated.

Cashiers. Self-checkout stations have already appeared in many of the major retail chains. Additionally, sales lost to online stores are cutting even further cut into the need for cashiers.

Pharmacists: Machines have been used by pharmacists to count pills for quite a few years. Now hospitals are starting to use automatons to dispense prescriptions and do it more accurately. How long will it be before you get your prescriptions from a vending machine at your local pharmacy?

Stockroom workers. Amazon is setting the pace for warehouse automation with their fleet of little bright orange robots on wheels. Using robots workers can scan three times as many items and walk twenty fewer miles a day.

Paralegals. Artificial intelligence (“AI”) is perfectly suited to doing much of the “boilerplate” that constitutes the drudgery of legal work. Robots can research concepts and cases as well as draft standard contracts and write simple briefs.

Journalists. Top reporters and writers will always be in demand, but for more mundane assignments like writing business news or sports recaps, software has been developed that can transform raw data into intelligible reports and narratives.

Receptionists and phone operators. Do humans even answer the phone any more? Interactive voice technology has decimated jobs for phone operators and receptionists. Sophisticate programs can now take orders for merchandise and resolve customer service issues as well.

Bank tellers. ATM machines, which have been used for decades, are being automated to take over even more tasks ordinarily performed by tellers. What’s more, customers can now use their to deposit checks and and get sophisticated financial services without ever going to the bank.

Doctors. Not even doctors are safe from the robotic invasion. Automated systems can now deliver anesthesia for simple procedures like colonoscopies at a fraction of the cost for hiring a trained anesthesiologist. Machines have been developed to read X-rays and CT scans. And robotic surgery has been in use for almost ten years.

Financial analysts. When it comes to crunching numbers, let’s face it, computers can run circles around mere mortals any day of the week. Now, with more sophisticated software, robots can analyze financial data and spot trends more accurately than the average analyst.

Is anyone safe from having losing their job to a robot? The fact is that the coming robot revolution will affect everyone directly or indirectly. The only way to cushion the blow is to stay up on the latest trends and expand your networks of contacts so that you will be ready to to make a move if your job is threatened.